Music enthusiast or not, a note from traditional instruments like the Thanjavur Veena would blow anyone off their feet! Even today, individuals remain awestruck and mesmerized to hear flawless music from the priceless instrument. While several different forms of art die and perish away, the making of Thanjavur Veena is still an art in the historical town. Some families in Thanjavur still regard the production of this musical instrument as a patronage and have passed it from one generation to another. These families make the veena in Indian style. In this article, you will read more about the Thanjavur Veena which is also known as the Tanjori Veena or Saraswati Veena. 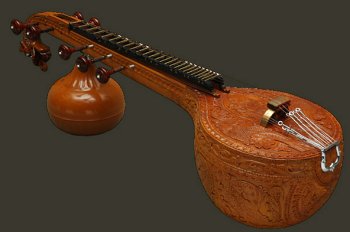 The Thanjavur Veena is made of a fresh bark from a Jack Fruit Tree. The tree bark is forced to undergo several rounds of testing before being finalized for usage. These veenas are not made in bulk. Instead, an order has to be made before production begins. On an average, each veena would take from 3 to 9 months for preparation. The revered and ancient musical instrument is made from a single block of jack fruit. Conventional veenas are made with three different pieces for the head, resonator and neck. However, the Thanjavur Veena has just one single piece of wood, from head to resonator. Conversely, the ancient instrument has 24-frets of brass bars and an additional resonator is placed near its neck area. 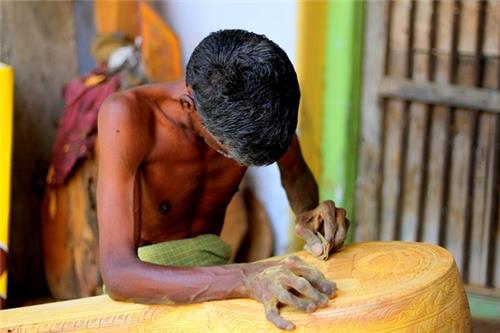 The Thanjavur Sarasvati Veena has four playing cords/strings. And, there are three special thalam strings. The major bridge that produces all important notes is a flat bar. The flat bar is made of exquisite brass. The bar is not straight; however, you will see a slight curve on its surface and this gives the Thanjavur Veena its unique, characteristic sound. Makers consider the Thanjavur Veena as one of the world's most difficult and sophisticated type of music instruments. You cannot make the musical instrument without much care, thought and concern. The shape of this beautiful veena requires lots of work and ardous effort. Additionally, verifing if the right kind of music and notes is produced is easier said than done. Based on the veena's quality and finesse, its final price would vary. A non decorated, ordinary Thanjavur Veena would cost anywhere around Rs. 5000. On the other hand, a well decorated veena with carvings and embossed images may cost up to Rs. 250,000.

Playing the Thanjavur Veena is an art by itself. The musician have to sit on the ground with legs crossed. The instrument must be placed few inches away from the player's body. The small gourd has to be above the player's left rest and the left arm has to be placed carefully below the veena's neck. The drone string has to be played using your little finger. 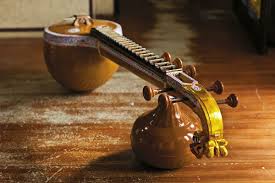 Currently, the Thanjavur Veena is one of India's most revered musical instruments to receive the Geographical Indication Tag (GI). This identifies the instrument as a complete unit that is of fine quality and there is none other to stand next to this musical instrument.